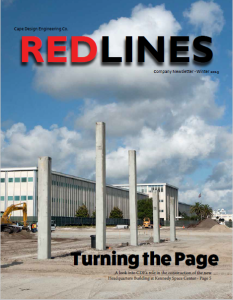 Visit CDE at the NASA/KSC Expo!

Canaveral, FL.  Kennedy Space Center is truly America’s gateway to the universe and leads the world in preparing and launching missions around the Earth and beyond.  We would love for you to visit our booth at the expo and introduce ourselves and see how we can be of service to you and your needs.

Cape Design Engineering Co. founders Lutfi Mized and Kannan Rengarajan were awarded the prestigious NASA Exception Public Achievement Medal for their exceptional leadership, patience, vision, and guidance in the design and construction of the new NASA Space Station Processing Facility (SSPF) Science Annex building.  The largely attended award ceremony took place on the morning of July 28, 2015 at the Kennedy Space Center Visitors Complex and was presided over by Mr. Robert D. Cabana, the Director of Kennedy Space Center. Kannan Rengarajan was even featured in a special video presentation featured at the start of the program. The video can be viewed on NASA’s YouTube channel or below.

CDE would like to thank NASA, and particularly Mr. Jay Edlemann and Mr. Cabana, for the nomination and award. It was an honor to be nominated and awarded such a prestigious award. Cape Design Engineering Co. earnestly looks forward to the future of space flight and doing our part to help it succeed.

Kennedy Space Center employees share their thoughts on working for NASA and being recognized for their efforts in this video opening the 2015 Honor Awards. Produced by Frank Michaux, Michael Justice Edited by Chris Chamberland

CDE's very own Construction Manager, Mark Lueders, recently volunteered to demonstration Faraday’s Law of Induction to children at Cape View Elementary School in Cape Canaveral, FL.   In addition to learning about Faraday's law, Mr. Lueders also demonstrated to the class why Personnel Protective Equipment (PPE) is so important with performing experiments of any kind.  In fact, PPE gear was given to all in the class!

Thanks for your efforts Mark.

The event was held on May 19, 2015 at the Melbourne Campus Public Safety Institute Building. The event was attended by several CDE representatives. The event was a full of various programming such as touring the recently completed Public Safety Institute. Other activities included food samplings from our great area restaurants. The event culminated in an auction of various donated articles that raised more money for the scholarship fund. Our auctioneer, Sheriff Wayne Ivey, conducted an exceptional auction that was kept light and entertaining. 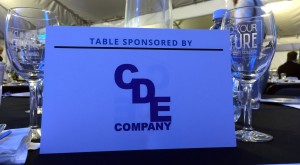 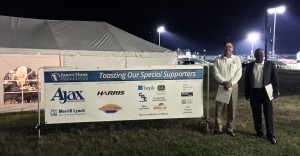 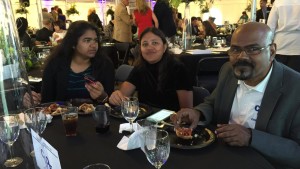 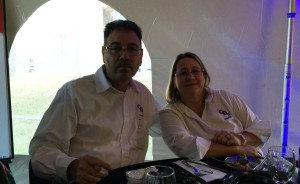 Technical Paper To Be Published in ALN Magazine

CDE principals Kannan Rengarajan and Lutfi Mized wrote a paper that will be published in July/August 2015 issue of ALN Magazine (http://www.alnmag.com). The title of the article is "Standalone Lab Science Building for Hot and Humid Climates - A design-build Approach”. The article is based upon our TurnKey Conference presentation to be held in May 2015 in San Diego, California.

CDE To Present at 2015 TurnKey Conference

CDE principals, Lutfi Mized and Kannan Rengarajan, have been selected to present a technical paper during the 2015 TurnKey Conference to be held May 7 through 8, 2015 In San Diego, California. The theme for the conference is “Focus on Innovation”. The paper will be presented during Session B3 and will be titled Stand-alone Lab Science Building Design for Hot and Humid Climates: A design-build approach.  The following link is for the conference website: http://www.turnkeyconference.com/.

About the Conference | The 2015 TurnKey Conference

CDE received a prestigious Team Award from NASA Kennedy Space Center (KSC). The award was for completing ahead of schedule the design, construction and DEP air emissions permit of a sophisticated design-build project for multiple generators at three sites.  The award is not easily given. The selection committee has technical members and at least one astronaut.  Congratulations to CDE Team.

The Patrick AFB Marina project designed by CDE is complete and in use. CDE designed the complete project including civil, structural, electrical and mechanical engineering. The project was designed within the budget and estimate that CDE prepared. The piers received new piles and framing, electrical service, plumbing and some of them were upgraded to ADA standards.